Montefalco Sagrantino is the red wine that has made Umbria famous around the world.

Describing what makes this red wine so unique requires more than one word: it is its charisma, its essence and its mystery.

Sagrantino is grown exclusively in Montefalco, a village of ancient Roman foundation, and in the towns of Bevagna, Gualdo Cattaneo, Giano dell’Umbria and Castel Ritaldi. This grape variety has no relationship with other Italian varieties. It seems that its origin is to be found among the branches of the Georgian Saperavi family tree, beyond the Caucasus: in fact, it could have come to Italy with the pilgrimages of the Franciscan friars who had had the opportunity to appreciate its high sugar content and excellent resistance to rot. 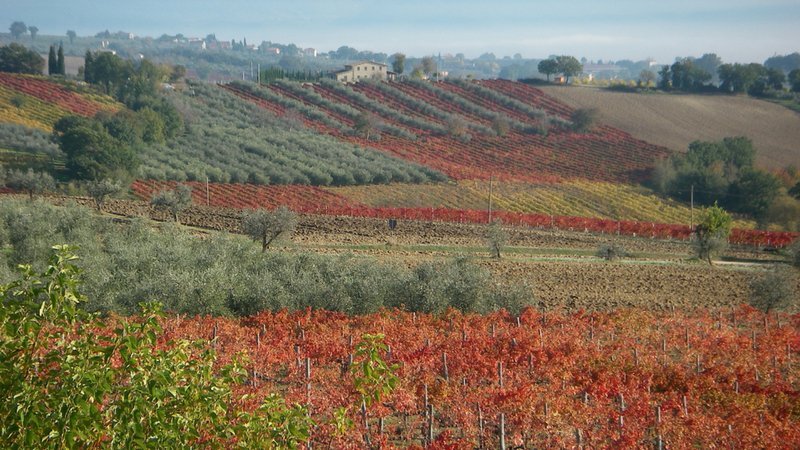 In the 14th century, in Montefalco, laws that were invoked to protect the local “sacred wine” had already been in force. On the producers who did not own vineyards, but shared their harvest, the law imposed the same penalty that was imposed on thieves; in the 17th century, the death penalty was applied to those who had cut a vine owned by others. At the time Sagrantino was not sold: it was used only for religious festivals, for family occasions and by priests to officiate the communion. It is no coincidence that the term “Sagrantino” is traced back to the concepts of “sacred” and “festival”.

At one time, Sagrantino was produced only in the passito version. After the harvest, the bunches had been left to wither for a few months, obtaining a “passito” variant of the wine. The reason is simple: this grape is characterised by small berries and does not give abundant crops. 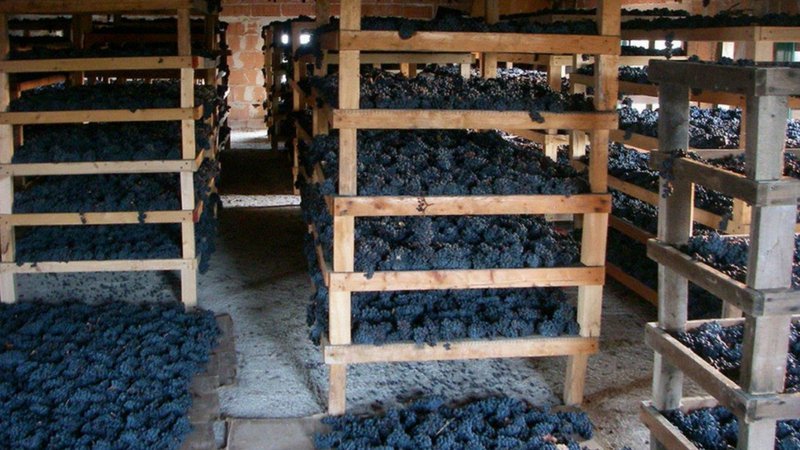 These characteristics give Sagrantino an exceptionally high tannin content. The solution developed in the Middle Ages was to balance the tannins through the drying process, which concentrates the sugars that are naturally present in the berries. The wines produced in this way were loaded, rich and intense.

Montefalco Sagrantino “secco” (dry version) represents a relative novelty in the local oenology: wine harvest 1972 was, in fact, the first winemaking test of this version. 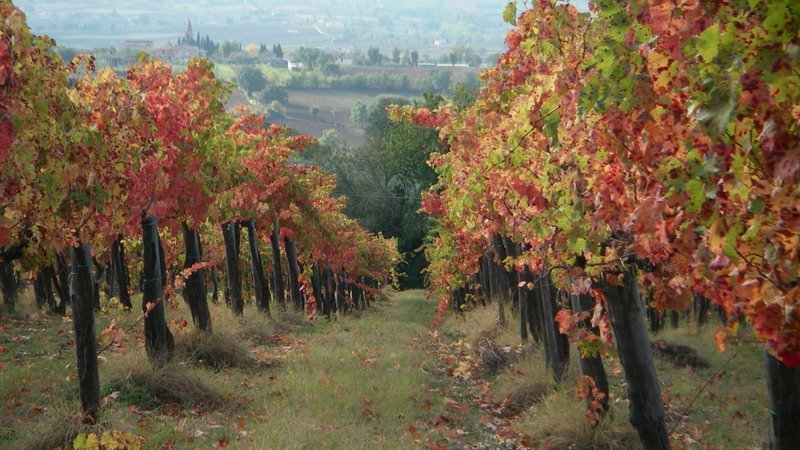 The passito, made from overripe Sagrantino grapes left to wither for two months, has got an intense ruby red colour, on the palate it is sweet but well balanced, with a final note tending to dryness.

Montefalco Sagrantino “secco” (dry version) has got a ruby red colour, on the nose it is intense with persistent notes of forest fruit, truffle and blackberry, on the palate it is dry and well structured. It is a wine for connoisseurs, who are able to appreciate its refined and changeable character.

Montefalco Sagrantino obtained the DOC wine denomination in 1979 and the DOCG in 1992.

The ideal combination for Montefalco Sagrantino is truffle, protagonist of many Umbrian recipes. It is a wine that pairs well with grilled meat, with chickpea soup, but also with aged cheeses, biscuits and chocolate.

What to see in Bronte, the City of Pistachio?
What to see in Lazise, between lake Garda and land?
10 Best Things to do in San Gimignano, the wonderful medieval town!