Ideas for your Aosta Valley food and wine tour

Tastings, cookery courses, food and wine tours, even tailor-made ones

The Aosta Valley is the smallest region in Italy, historically considered a land of contact and fusion between Italy and France.

The region is home to the highest peaks in the Alps, such as Cervino, Monte Rosa, Gran Paradiso and Monte Bianco, which, at 4810 metres, is unrivalled in Europe: it is the roof of the old continent. The jewel of the region is Courmayeur, considered one of the most important ski resorts in the world and the cradle of alpinism.

The Aosta Valley is also famous for its splendid castles: Fenis Castle and the castles of Issogne, Sarriod de la Tour, Sarre, Saint-Pierre and Ussel. The road traced by the castles leads to Aosta, a concentration of Roman and medieval history. A Roman city in its essence, Aosta bears the visible signs of that era with the Arch of Augustus, the Porta Praetoria and the wall belt.

Aosta Valley cuisine is robust and rich in genuine flavours. Delicious are the historical cured meats such as the fragrant Lardo d’Arnad PDO and the renowned Prosciutto di Bosses – Jambon de Bosses PDO. The cheeses are excellent, including the famous Fontina PDO, the basis for many recipes, including fondue.

Thanks to the region’s microclimate, vines can bear fruit at altitudes of up to 1200 metres. In Val d’Aosta food and wine therefore mean excellent mountain wines such as Arnad Montjovet, Enfer d’Arvier, Blanc de Morgex et de la Salle or Donnas. All you have to do is taste these delicacies on your next tour to discover food and wine in the Aosta Valley and… not only! 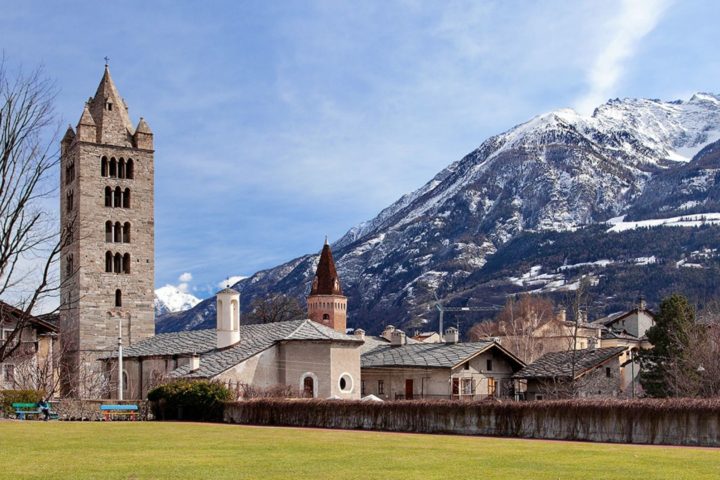 Gastronomic tour in the Aosta Valley