The eternal disputes about Paniscia from Novara and Panissa from Vercelli involves two protagonists of the winter tables in Upper Piedmont: rice and beans. Risotto.us, the Italian website dedicated to risotto, with almost 400 recipes that you can easily browse by ingredient, tells us more about these traditional dishes and their variations (soups and bean salad).

Beans (and legumes in general) are considered very caloric ingredients. In fact, their high nutritional value consists mainly of proteins and carbohydrates, which combine perfectly with those of cereals, creating one-dish meals with a precious nutritional value.

Bean risotto, for example, if prepared without adding fat, provides all the nutrients that would be taken from meat and eggs, but without cholesterol! To help this aspect is the lecithin of legumes, which promotes the emulsion of fats, preventing them from accumulating in the blood and configuring these ingredients as allies to “lower your cholesterol”…

How do you cook it? First, it is recommended to use dried beans. There are black-eyed beans, which are the ones that contain the most fibres, the common ones (Borlotti, Spanish, Corona and Cannellini beans) and the black ones. 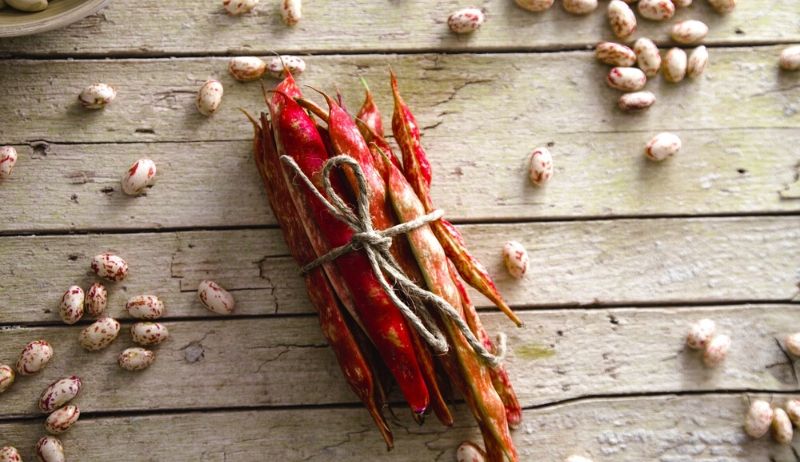 As they are rich in fibre, it is necessary to leave them to soak for at least half a day, before boiling them for at least an hour: it is an important step, since cooking times are different for beans and rice! Add the boiled beans to the rice, proceed normally by adding gradually the broth until the end of cooking.

Canned beans can also be used: however, it is necessary to wash them very well before using them or reduce the amount of salt during the preparation of risotto, since canned beans have a greater amount of sodium.

They have the same origin and their name is clear about that: before being made with rice, they were probably prepared with “panicum”, the Latin translation of millet. Then rice cultivation changed these recipes, leading to the two “twin” dishes from Novara and Vercelli.

In Novara, Paniscia has a base of vegetable broth (especially cabbage and carrots) to which are added rice, beans and crumbled duja salami. 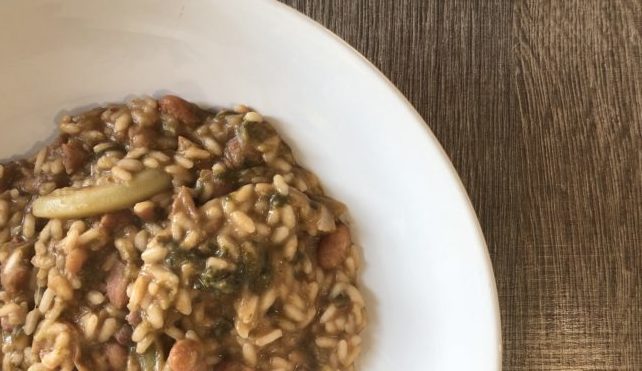 In Vercelli, Panissa has a base of animal fat broth (it was made with the waste from pig slaughter) to which are added rice, Saluggia or Villata beans, crumbled duja salami and red wine. 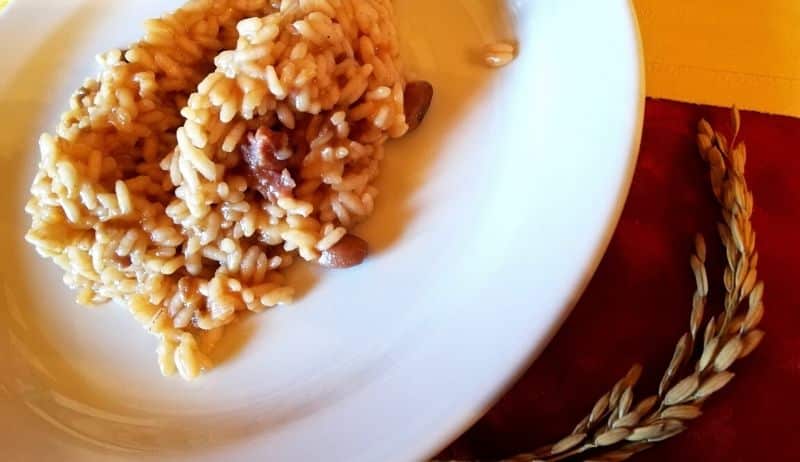 There is no more or less good: those who visit these territories are encouraged to taste them both! From these dishes come many variations in broth, from soups to bean salad, typical of the Carnival season (for example, the Panizza from Valsesia).

Did you like the article on Paniscia and Panissa? Book now your experience in Piedmont with the Expert Giulia and learn more about the fascinating world of Italian rice!