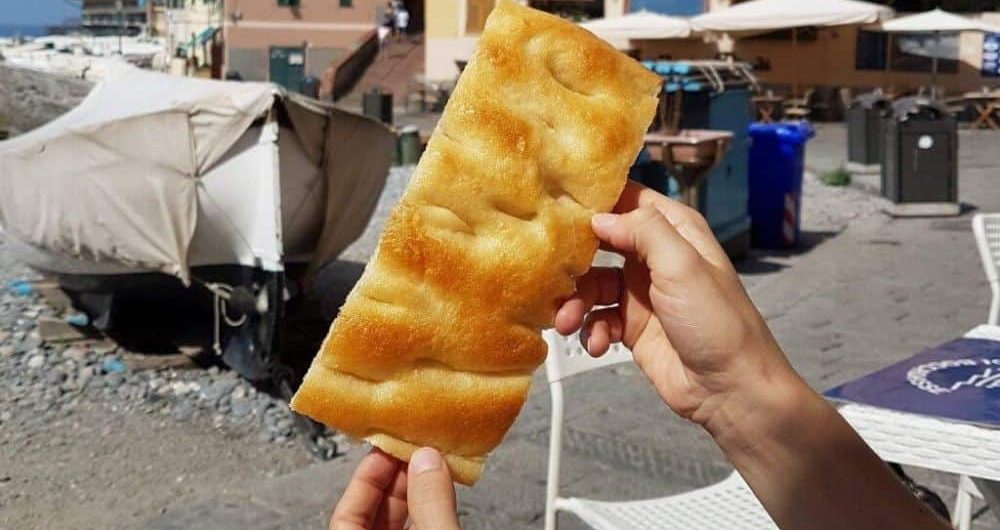 The symbolic ligurian focaccia recipe from Genoa! Unique and inimitable Focaccia bread that real foodies eat with coffee and cappuccino

History and traditions of the real focaccia bread from Genoa

The history of the Ligurian focaccia recipe has its roots in the activity of sailors, in commercial exchanges and in contacts with the world, especially the eastern one. The first known document on what can be considered the ancestor of the Ligurian focaccia recipe dates back to 1229 and refers to a rental contract stipulated between ”Obertus fornarius” and the curate “Pietro” of the Church of the Vineyards. Mastro Obertus could occupy the premises of the clerics to produce “Azimus seu focacias“, that is a kinf of lightly leavened and low focaccia bread: two crisp layers that contained a very light crumb, all flavoured with extra virgin oil and coarse salt.

Luigi Tommaso Belgrano, in his work “On the private life of the Genoese People” of 1866, tells us that already in 1392 in the inventory of a baker’s goods, there was an indication of “pala una magna pro fugacis“, that is referring to a large shovel needed to introduce into the oven a product perhaps not contained in a pan, but cooked directly on the oven surface: the Italian bread focaccia from Genoa. 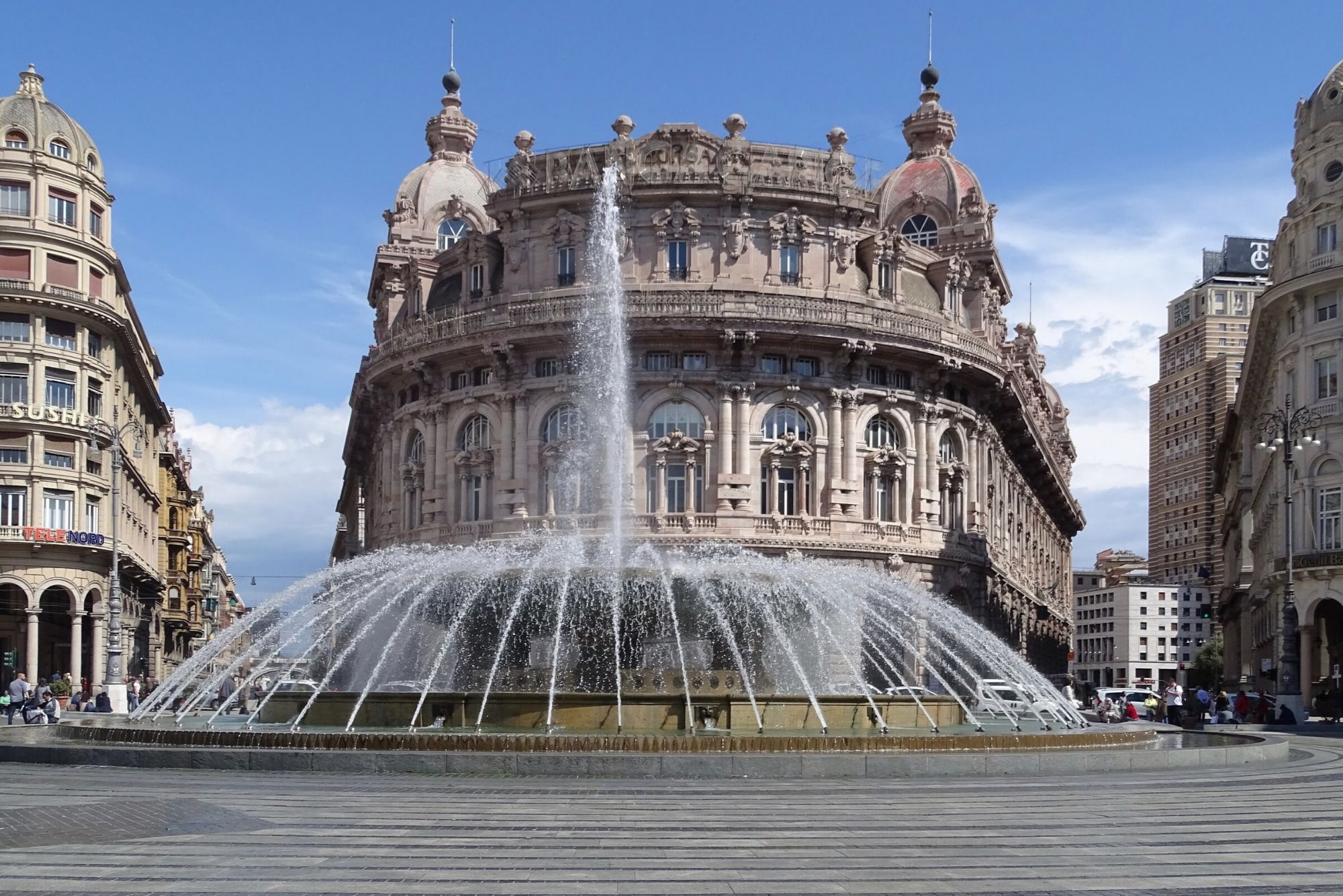 Already in the 16th century the simple Ligurian focaccia recipe with olive oil was so familiar and widespread that it was also used in the churches, especially during weddings but not only… Bishop Matteo Gambaro saw himself forced to threaten to excommunicate some friars if they had not ceased the use of feeding on that focaccia bread that the believers shared even during funeral services.
And the indications given in some documents concerning banquets in honour of the newly elected Doge, which refer to a focaccia bread in the list of products prepared for the celebration banquet, also date back to the 16th century.

But we must wait until the 19th century to be sure to find something really more similar to the current Ligurian focaccia recipe. The first Genoese dictionaries and above all the “Cuciniere”, the first Genoese cookbooks, began to deal with the focaccia bread recipe.

But what distinguishes the Ligurian focaccia recipe from all the others?

A thickness that should not exceed 2 centimetres… It should be soft inside, crisp on the edges and outside, salty, moist, well oiled without being greasy and incredibly light. The real Ligurian focaccia recipe is also rich in many well-marked holes where olive oil and coarse salt grains accumulate: this is the canon for the palates of Genoese people who consider the focaccia bread a real institution, a symbol of being and feeling like a real Genoese.

The secret of the Ligurian focaccia recipe lies in the choice of excellent focaccia bread ingredients and long leavening. In this regard, it is said that contributing to the success of focaccia recipes is also the sensitivity of the baker in being able to decipher the climate and temperature of a city which, at certain times of the year, are poorly reconciled and they do not seem to want to favour at all the leavening processes, particularly when there is “macaia”, (i.e. when the sirocco blows and the humidity is high). 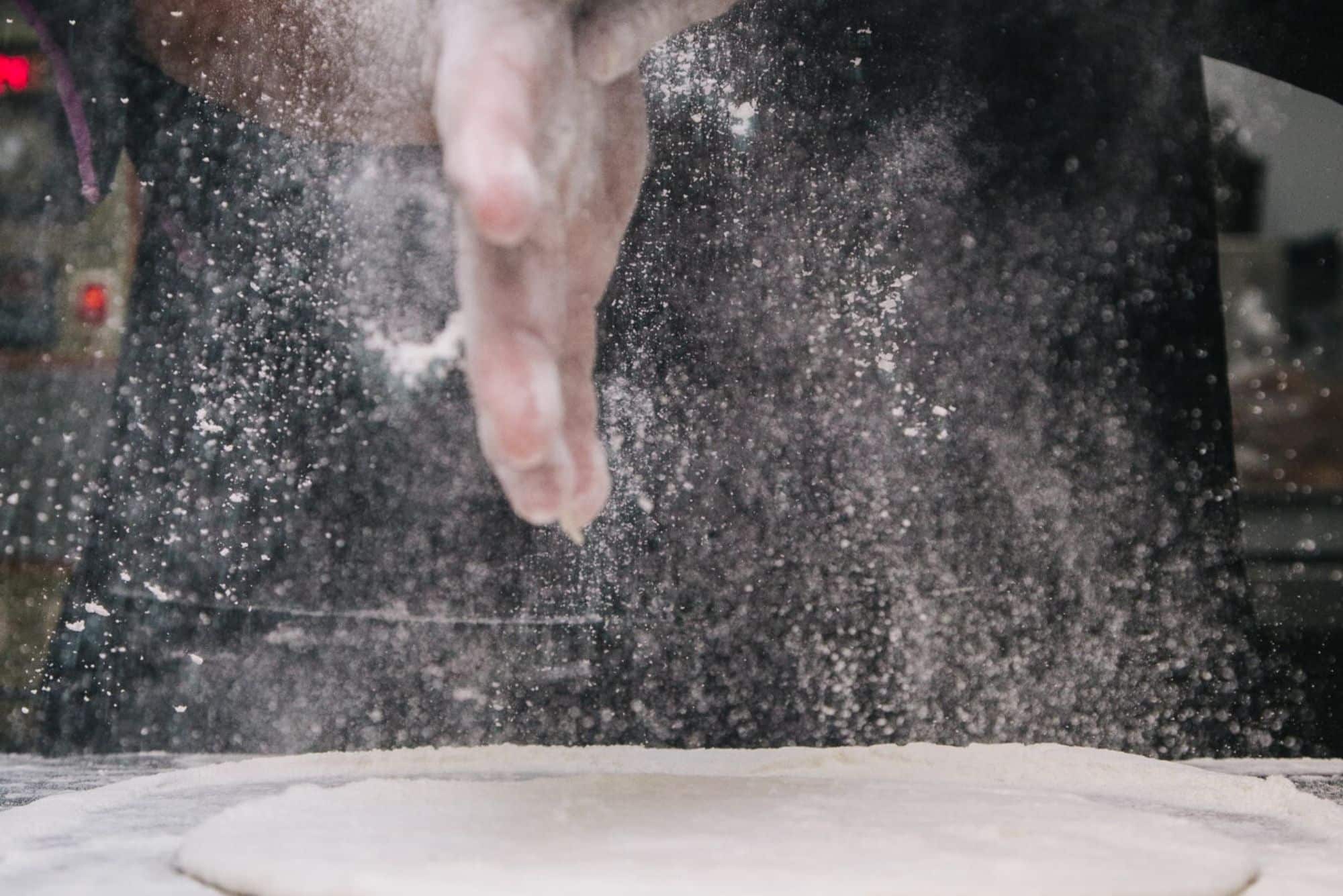 Although the Ligurian focaccia recipe can be found in many variations (with onion, olives, sage, wholemeal focaccia… And whatever else according to the baker’s imagination), the real Ligurian focaccia recipe is only the traditional simple one. The Focaccia from Voltri (a neighbourhood on the Ponentino border of Genoa) derives from the same focaccia ingredients as the classic focaccia bread, but it differs in its proportions and consistency, as well as in the oven when the focaccia dough is stretched with a wooden shovel to make it very thin.
The Focaccia di San Giorgio is the result of the nationalist spirit at the end of lockdown, which has kept all Italy closed at home for many months. This focaccia bread was born in homage to the flag with the red cross on a white background, one of the main symbols of Genoese life. This is an interpretation of the Ligurian focaccia recipe by Genova World, a cultural association between professionals that works in close synergy with the municipality for the promotion of Genoa. They presented the Focaccia di San Giorgio on a web preview on April 30, 2020 on the Facebook page Genova More Than This (Italian version) and on Visit Genoa (in English).

The association, which also includes four ambassadors of Genoa in the world, has been able to count on the collaboration between the ethno-gastronome Umberto Curti and the baker Manuel Carbone.
The Focaccia di San Giorgio is characterised by a particular focaccia dough made with semi-wholemeal flours and focaccia ingredients that pay tribute to the traditional products of all the provinces of Liguria: the prescinseua (curd from Ligurian milk) and the oregano representing Genoa and its province, the anchovies from Monterosso for La Spezia, the potatoes from Bardineto and Calizzano in Val Bormida as a tribute to the province of Savona, and the final touch, the taggiasca olive, from the province of Imperia. And of course Ligurian olive oil!

“Our Ligurian focaccia recipe has nothing to do with pizzas sprinkled with toppings; it is one of the simplest things there are, as simple as spring water; it is a focaccia dough with flour, salt and olive oil; it is cooked in the oven on a triangular iron sheet; it has got the thickness of a little finger, even less; with the tips of the four fingers of one hand and the four of the other, the baker covers it with holes; while making focaccia, olive oil is poured like the tears of a cry, but it is a cry of joy.

The focaccia must be eaten as soon as it comes out of the oven; then it burns your hands, it has got all its healthy and hot olive oil, and it must be eaten walking slowly, as if you were thinking of the foundation of the world; and you don’t need to think about anything, just the focaccia you are eating.
And if you are in sight of the sea, it is even better: then the focaccia bread is also seasoned with the sea. ”
Thus Vittorio G. Rossi, the great writer and journalist born in Santa Margherita, wrote about the Ligurian focaccia recipe in his Mistral book (Mondadori, 1976).

A recipe with simple focaccia ingredients, but far from simple to make at home, especially for the high temperature of the oven which is necessary to ensure its characteristic colour between golden and amber, but at the same time the central softness. How to make focaccia then? The cooking time and the oven temperature are essential for the success of the Ligurian focaccia recipe: temperature too low before the end of cooking leads to the evaporation of all the water and the focaccia bread will remain dry, while too high temperature brings a good golden colour leaving the inside raw. 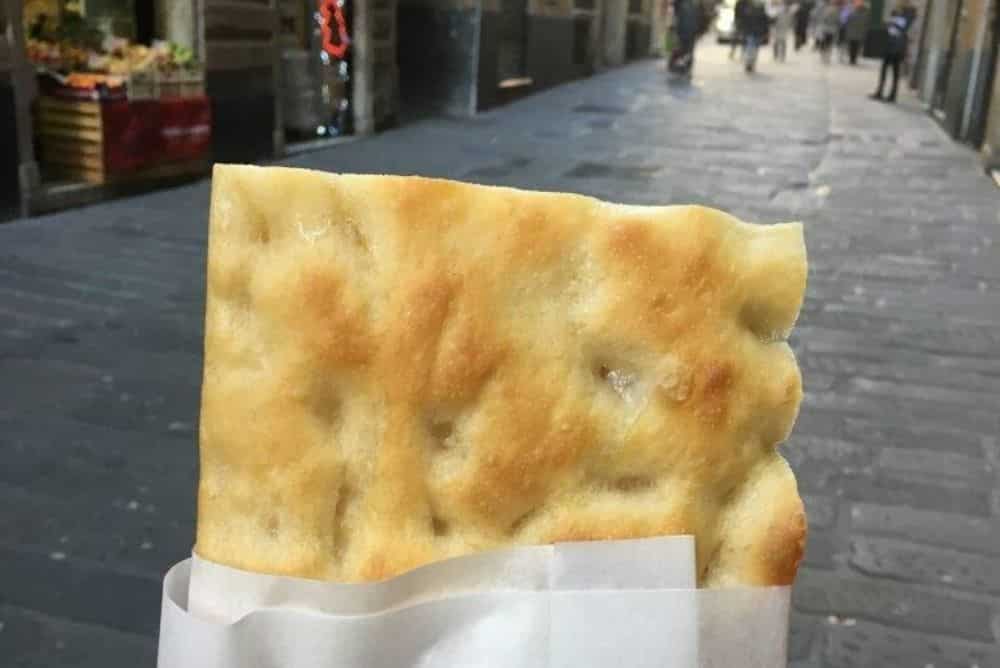 How to make focaccia bread? At home, you should use the lamma, an aluminum pan with low edges of about 2 cm (but of course, if you haven’t it, you can use any oven tray). Keep in mind that a 30×40 cm baking tray contains about 500 grams of finished focaccia dough for your homemade focaccia.

Considered one of the most classic breakfasts, in Genoa the traditional pairing for focaccia is unusual for non-Genoese people: it is soaked in milk coffee, but also eaten with coffee and cappuccino. Those who are not used to such bold breakfasts can always enjoy the Ligurian focaccia recipe as soon as it is lukewarm and crisp at any time of the day, or eat it instead of bread and pair it, as suggested by the Italian food & wine expert Alessandro Molinari Pradelli, with a good glass of «dry white wine, fresh from the wine cellar, or rosé wine from the western riviera vineyards» (Vermentino wine, but also the Genoese Bianchetta, are recommended), it does not matter whether at the aperitif time or at lunch or dinner. In order to better appreciate the Ligurian focaccia recipe, Genoese people recommend to taste it “downwards”, so that the salt crystals immediately hit the taste buds on the tongue.

To be honest, Ligurian focaccia should be eaten on its own, but it pairs very well with cheeses and salami. And then, here too, free space for your imagination and pairings suggested by the territory, as with the pesto genovese that seems to find an ideal space in those savoury little holes.

Where to eat focaccia in Genoa

Want to taste the best focaccia recipe? A tour of the city cannot miss some fundamental stops to taste the Ligurian focaccia recipe in the different and historical ovens of the city and establish your own favourite one because, needless to say, here it is a matter of taste. In my almost 12 years as a Genoese, I have compiled my personal ranking that I present here:

1. Antico forno della Casana, vico della Casana 17 (I prefer this Ligurian focaccia recipe for its crunchiness, which is unique in the entire historic centre)
2. Mario, via San Vincenzo 61 (many have defined it as the focaccia number 1 in the entire historic centre)
3. Antico forno Patrone, via di Ravecca 72 (in addition to the traditional Ligurian focaccia recipe, here you can taste the focaccia with Kamut flour)
4. La Claretta, via Posta Vecchia 12 (it is wonderful, as the shop, for its history)
5. Focaccia e dintorni, via di Canneto il Curto 54-56 (thin and soft focaccia bread). 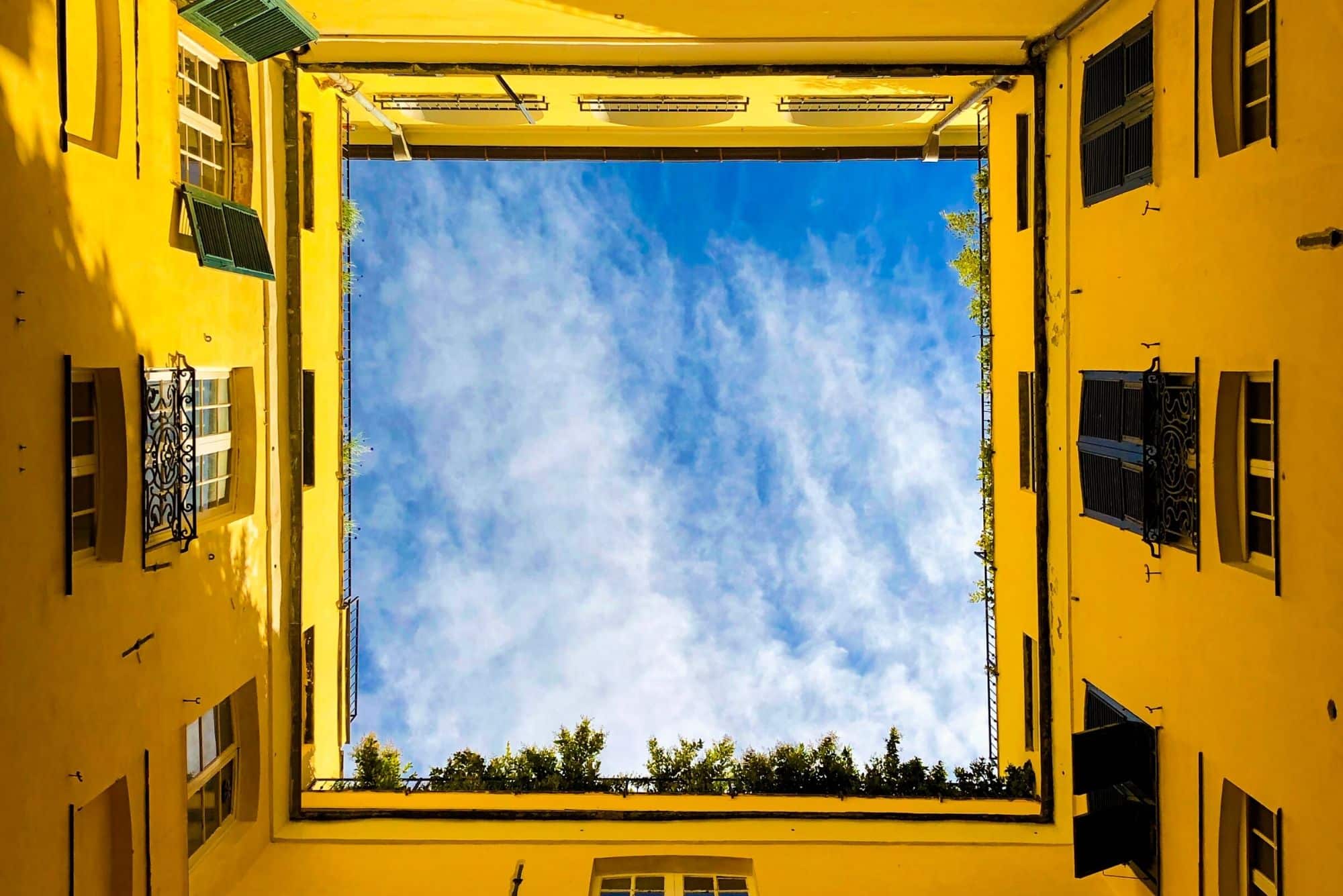 Outside Genova’s historic centre, on the other hand, two ovens in the Voltri area are definitely worth mentioning. As we said, they have got their own tradition:

1 Priano, via Camozzini 76, Genova Voltri: the focaccia bread with the top sprinkled with corn flour is a must
2 Panetteria Marinetta, via Lemerle 13R, a reference point for the Ligurian Focaccia recipe, so that the poet Vito Elio Petrucci dedicated a poem to this bakery.

Because the Ligurian focaccia recipe is a true poem of unique and inimitable flavours… to try! Discover the best food experiences and food tours in Liguria with Italia Delight!