Let’s learn about the perfect traditional Sardinian dessert for any special occasion!

The Sardinian landscape is alternated with sandy and rocky beaches, plains and mountains. These different types of landscape makes Sardinia one of the most interesting regions of Italy and Sardinian traditional sweet recipes are not less varied.

Thanks to the Arab and Spanish influences that have blended perfectly with the traditional local agro-pastoral culture, Sardinian sweets are now famous all over the world.

At the end of the meal, leave cutlery, spoons or dessert forks because the peculiarity of Sardinian sweets is that they are neither desserts that require a spoon to be eaten nor serving desserts, but rather sweets and pastries.

Historically, the traditional Sardinian sweets are eaten every day or they are perfect holiday dessert ideas for Christmas, Carnival, weddings and popular festivals.

The most important local food products such as Sardinian cheese have been transformed into tasty traditional Sardinian sweets.

Sardinia has got an important tradition of almond cultivation that can be found both grafted and wild, since this plant has found its ideal habitat in these places.

Just this double production of bitter and sweet almonds has led to their transformation into a traditional Sardinian dessert: the Sardinian amaretti.

Amaretti biscuits are made with sweet and bitter almonds, as well as sugar. This Sardinian dessert is crunchy outside and soft inside, characterised by the small cracks that are formed while cooking. It can be flavoured or completed with an almond or sugar. 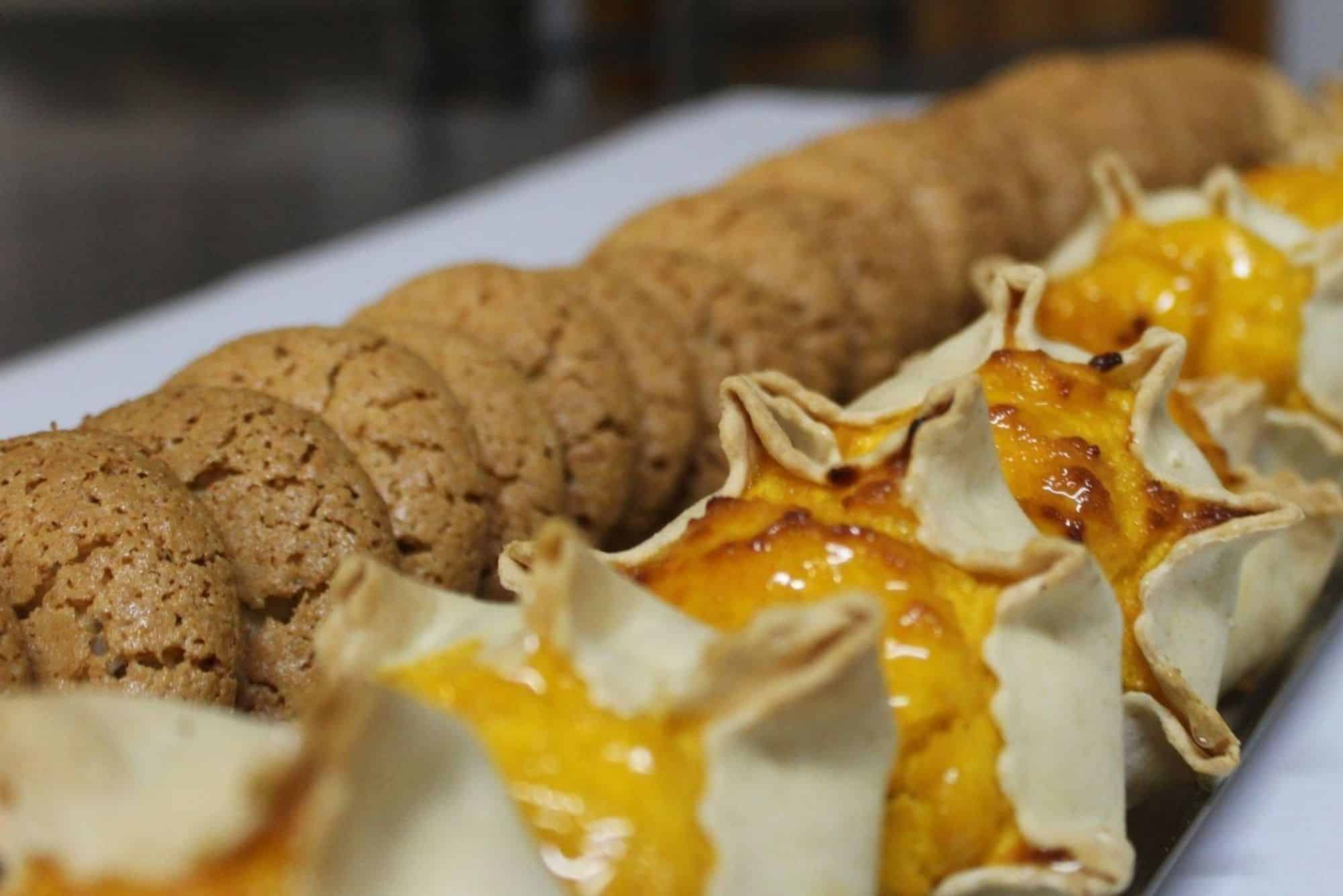 This traditional Sardinian dessert is made of a very thin sheet that wraps a soft heart based on almonds and covered with a sugar icing flavored with orange blossom water.

Expert women prepared these Sardinian sweets with wonderful decorations of royal icing for religious ceremonies and holidays such as Christmas, Easter, baptisms and weddings. From the latter the nickname “pastine of the bride”.

We also remember the Sospiri sardi: almond bonbons flavoured with lemon and covered with icing. A variant are the Gueffus with a round shape and without icing.

Ricotta has been a poor food for long time. It was in fact a by-product of cheese making and it was very popular in the local diet. Ricotta, a poor food, today is used for many Sardinian sweets.

Impossible not to mention the most famous Sardinian dessert: the Seadas or Sebadas.

It is difficult not to think of a Spanish contamination, given the name of this cheese filled pastry, but the story is controversial. In fact, some sources would agree in attributing the origin of this traditional Sardinian dessert to the Spanish dominion of Sardinia, which lasted until the eighteenth century.

The name Seadas would therefore describe the two halves of pasta surrounding the cheese filling, but for others the name of this traditional Sardinian dessert derives instead from the habit of using animal fat in the dough (in Sardinian: su seu). Seadas are sweet rolls of pasta violada (a mixture of durum wheat semolina and lard) filled with ricotta. The famous sweet cheese pastry are then fried and covered with strawberry tree or chestnut honey. For the filling of this tasty honey pastry, sheep milk ricotta, fresh pecorino or cow cheese can be used, depending on the acidity and consistency of the filling you want to obtain.

This traditional Sardinian dessert, master of contrasts between crunchiness and softness, between the sweet taste of honey and the acid taste of ricotta, was originally salty!

In fact, seadas were a poor nutritious food that was served as a main course.
Sardinian women made it on special occasions such as Christmas or Easter, when their husbands returned from the long period of transhumance. Even the size of the best holiday desserts from Sardinia was different from today: once seadas were even as big as the dish itself where they were served!

Today these famous Sardinian sweets have decreased in size and resemble large sweet ravioli, but seadas are always very simple to make and I recommend you try them.

The Pardulas, also called casadins or formaggelle, are other traditional Sardinian holiday pastry recipes for Easter. These Sardinian sweets are tiny baskets filled with saffron flavoured or lemon flavoured ricotta, garnished with sugared almonds or sugar.

Renowned around the world for their use in tiramisu, Savoiardi are traditional Sardinian sweets.
Also called pistocchus, these Sardinian biscuits are slightly different from the classic Savoiardi biscuits in size and consistency. However, they are fragrant and light biscuits.

The Papassini or pabassinos are typical of All Saints’ Day and the Day of the Dead.
These Sardinian sweets consist of a traditional shortcrust pastry with sultanas (pabassa) and dried fruit, covered with icing and decorations. 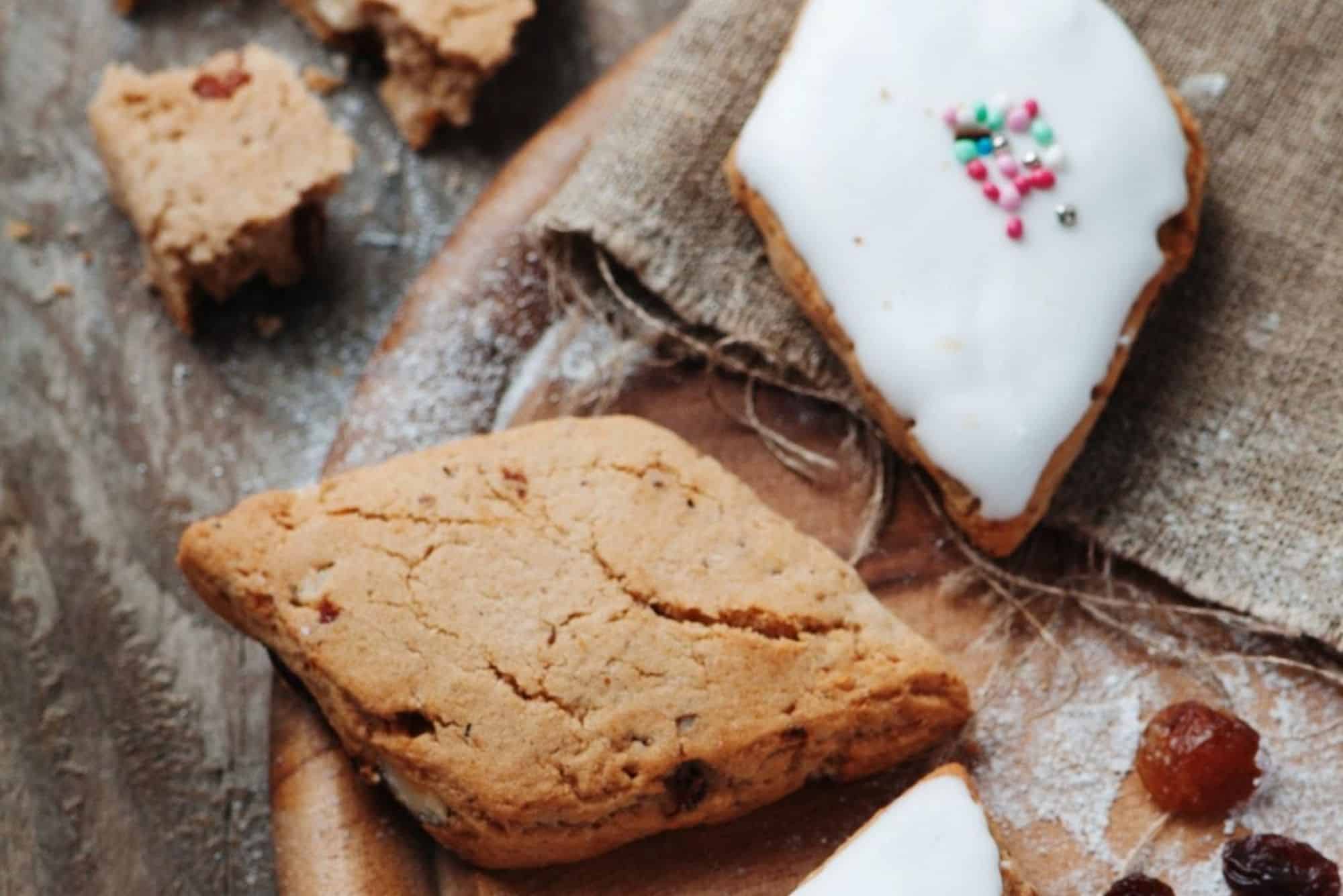 The traditions of Carnival are rich in fried Sardinian sweets to be eaten at the table or in the street during local celebrations.

The culurgiones de mendula are Sardinian sweets filled with almond paste, while the acciuleddi are fried Sardinian biscuits in the shape of pigtails and covered with honey.

The Sardinian zeppole or zippulas, a classic Sardinian dessert made of fried leavened dough flavoured with orange zest, saffron, anise and covered with granulated sugar, are more known and widespread. These traditional Sardinian sweets can resemble irregular donuts or long spirals. There are also savoury versions with cheeses, vegetables or onions!

More similar to the donuts that we all know we find the frati fritti or parafrittus.

First of all, what is the saba?

Saba, or sapa is the must of cooked wine, a dense and concentrated liquid which, in addition to being the basis for the production of balsamic vinegar, is used in many traditional Italian desserts. 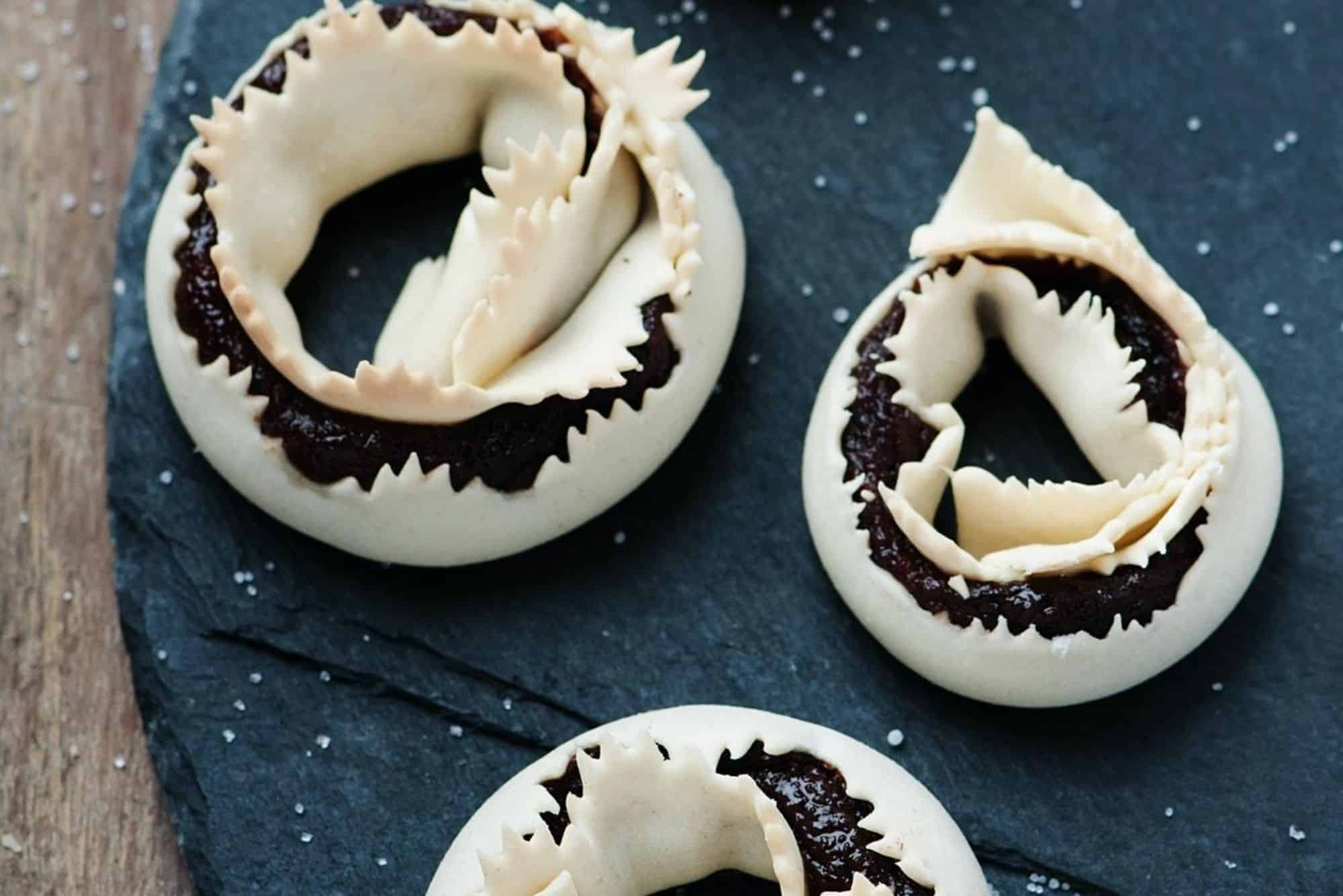 The Sardinian nougat, known worldwide for its soft consistency and amber colour, is the perfect happy ending for a festive meal.

As a symbol of Christmas, this Sardinian dessert is often paired with a good myrtle liqueur.

As you read in this article by Nur Migahed, the variety of traditional Sardinian sweets is extraordinary and they are the result of the history and contaminations of the past. Immerse yourself in the world of Sardinian pastry: choose your favourite Sardinian dessert with the experiences by Italia Delight!